WE ARE RECRUITING!! Click here to find out more about careers at Tuckwells
Please note our current shipping times are delayed. Please allow up to 7 days for delivery of your order.
Home Knowledge Hub Tracks or Tyres? Do tracks actually make a difference?
Back to Knowledge Hub 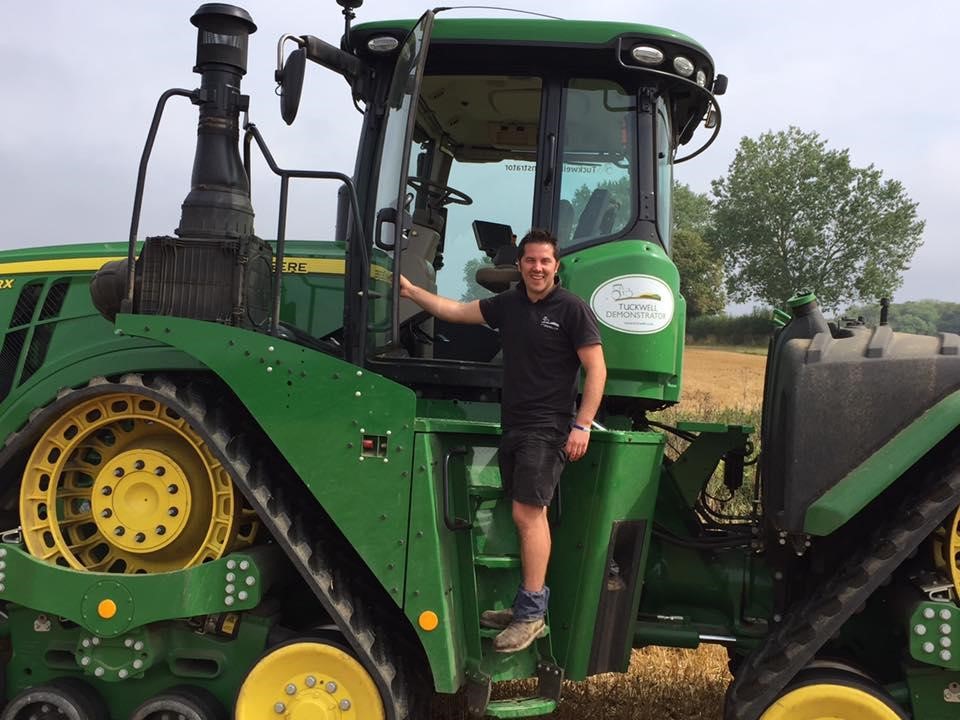 This is what I feel I should be saying at the very start! But Tracks or Tyres? Do tracks actually make a difference?

I’ve always been a large John Deere tractor fan I remember seeing a 4955 as a kid and thinking that is a big tractor! And big tyres! Little did I know what I would be working on and later selling this size of tractor, But now the choice is as big as ever!

Putting other makes to one side, at the moment from John Deere you can have -Tyres, dual tyres, two tracks and four tracks all the way up to a massive 620 horsepower!!

I remember back in 2012 hearing the rumours of a 9000 possibly coming on JD built four tracks, but it wasn’t until the summer of 2015 that I actually got to see and drive one of these beasts!

Until then, I hadn’t really thought much about ground pressure and the effect tracks vs tyres had. In my role at P Tuckwells I had worked with many wheeled large tractors but when I saw the 9RX in the field, I knew I wanted to know why a customer would make the big step into tracks? 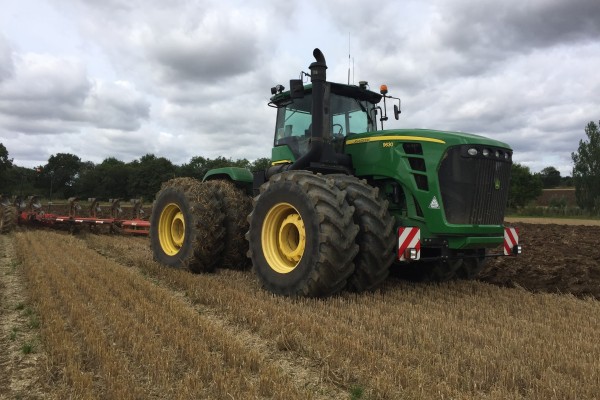 So in 2015 I worked closely with one of our large arable customers from the demonstration process, to ground pressures tests, also comparing a 9630 tractor  to a 9620RX this included fuel usage comparison, cost of ownership, operators opinions and many factors all the way to (and I didnt know this at the time!) the sale of the 9RX and the following years of ownership!  https://www.deere.co.uk/en/tractors/large/9r-series/9620rx/

So what are the advantages of Tracks? Its got be the obvious compaction! But don’t forget less power hop, fuel consumption and they look cool! But just as important, especially to my customer was width! at 4.2 meters the old 9630 was a beast and pulled like a train but trying to move between fields spread out throughout bedfordshire was always tricky! With the RX being just 3.0 meters this automatically made it easier to move around, also with the mechanical cab suspension it also made it more comfortable even with the machine being a tracked machine!

“diesel consumption is between 50 and 60 litres/hr!” 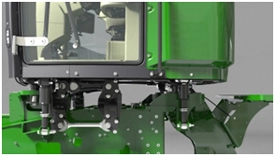 Tyre technology is very advanced now so even the compaction argument is closer than ever now, So it really came down to what a new 9620RX can also offer other than the tracks, Autotrac, a powerful 15 liter Cummins engine and the new cab suspension. Also available is rear linkage and quick hitch.

After a successful demo and analysis of compaction, weight vs horsepower and of course operator feedback the customer was very impressed and im very happy to say he purchased a 9620RX. 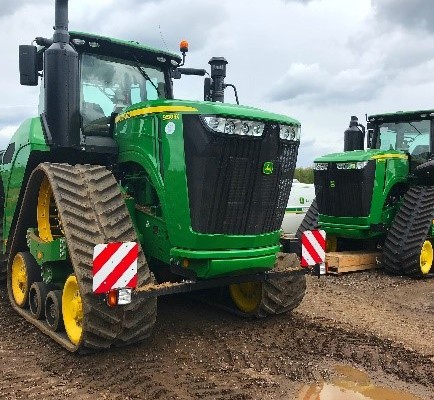 My customers spec included LED lights, a 435-litre/min hydraulic pump, five SCVs and a heavy-duty gudgeon bearing on the pivot point. Over the last couple of years we have noticed a 25% increase in productivity, also a very important factor generally diesel consumption is between 50 and 60 litres/hr!

In recent tests at the Nebraska Tractor Test Laboratory The 9620RX set some impressive statistics, which we are seeing in the field today! 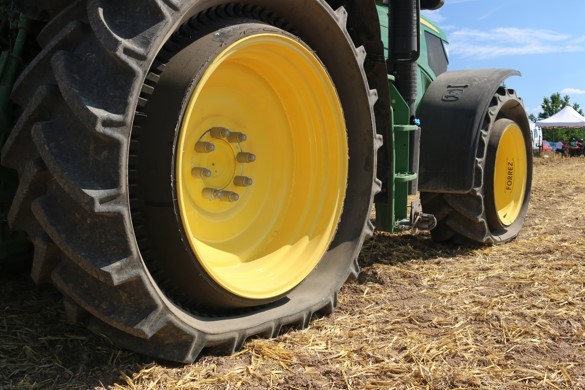 Has this answered the Tracks vs Tyres debate …? Probably not!? But one thing ‘s for sure with track technology coming of age it will continue to push the tyre manufacturers to keep improving the future of tyres and what else is coming? I’ll leave this final photo for you to think about!?