WE ARE RECRUITING!! Click here to find out more about careers at Tuckwells
Home News & Events Everything we know about the new John Deere 6R, so far…
Back to Results 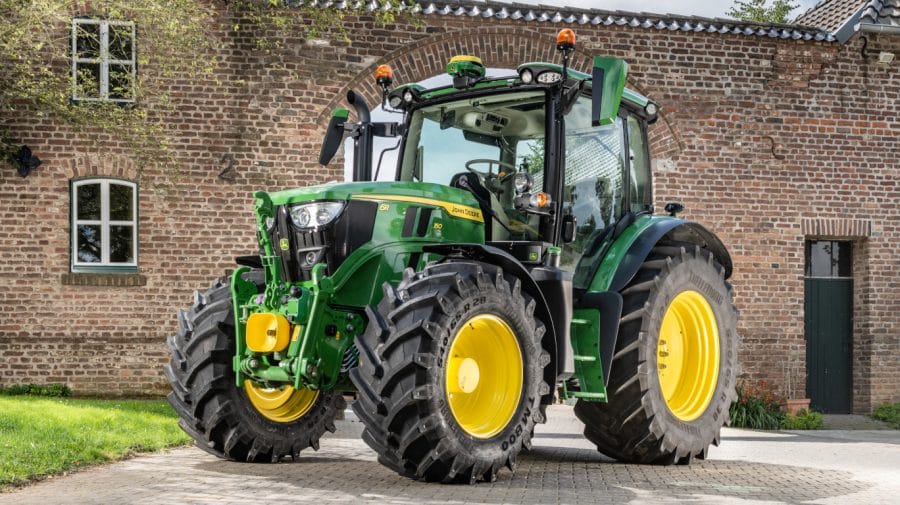 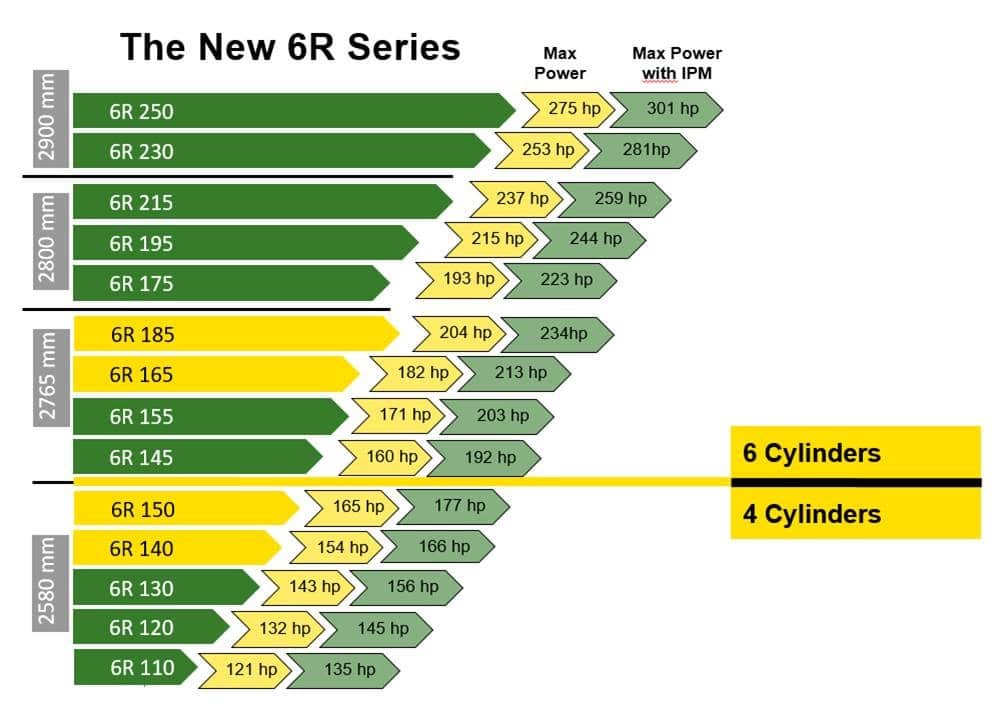 A new key feature is the 1-Click-Go AutoSetup which makes tractor and implement settings much quicker and easier allowing the operator to save up to 90 percent of in-field display clicks! All the required settings can be pre-planned and managed in the cloud, including agronomic data such as field boundaries, guidance lines and prescriptions. Once the tractor crosses the field boundary, the stored profile is automatically available.

The operator’s comfort had also been enhanced. The dashboard behind the steering wheel has gone, greatly improving field visibility. These settings have now been moved to a corner post display, putting it in line with the other family of tractors as well as a new position for the windscreen wiper, providing even further and wider visibility.

Another exciting feature is the new E-joystick which includes hand detection. The operator can configure the layout of the buttons and simply change the direction of travel using the reverser button, making it particularly useful for front loader work.

A dynamic weighing system, allows the contents of the bucket on front loaders to be weighed on the move. The Return to Position feature also means that with one click, the loader will be placed in the correct position.

IPM (Intelligent Power Management) has been improved and made smarter on the new 6R series. As well as functioning in PTO and transport applications, IPM now also delivers additional horsepower for hydraulic applications when using fans, pumps and power-hungry hydraulics on bale wrappers, slurry tankers and drills. The six-cylinder models can now deliver up to 40 hp and up to 20hp on the four-cylinder models.

Another feature of the new 6R series tractors is their new design. The bonnet, mirror design and model numbering (indicating the rated engine power), are all well known features from John Deere’s larger tractor ranges.

In this new range there are also more transmission options available. You can now choose the CommandQuad option for four-cylinder models as well as AutoQuad Plus and the AutoPowr infinitely variable transmission.

Get in touch with your local Tuckwells sales representative for more information. Click here to find your local outlet now https://www.tuckwells.com/outlets/ 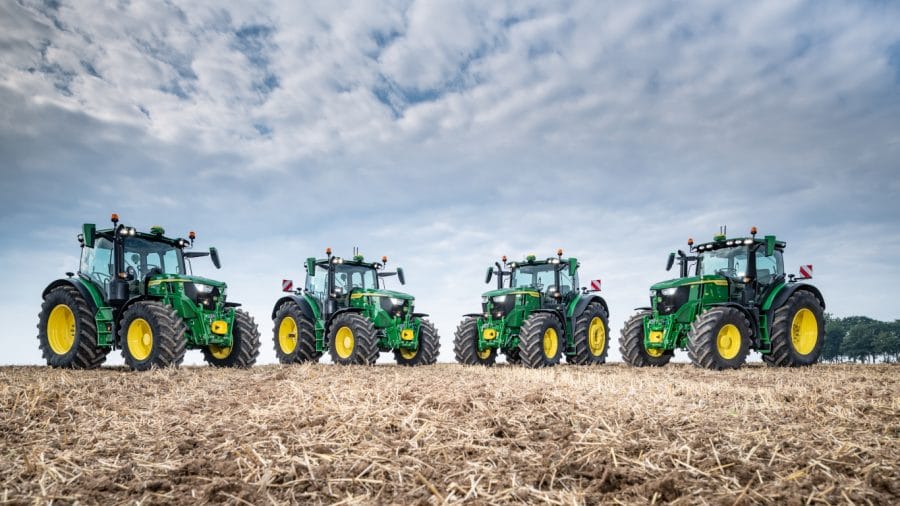