WE ARE RECRUITING!! Click here to find out more about careers at Tuckwells
Home News & Events The Tuckwells Team have been binge watching Clarksons Farm
Back to Results 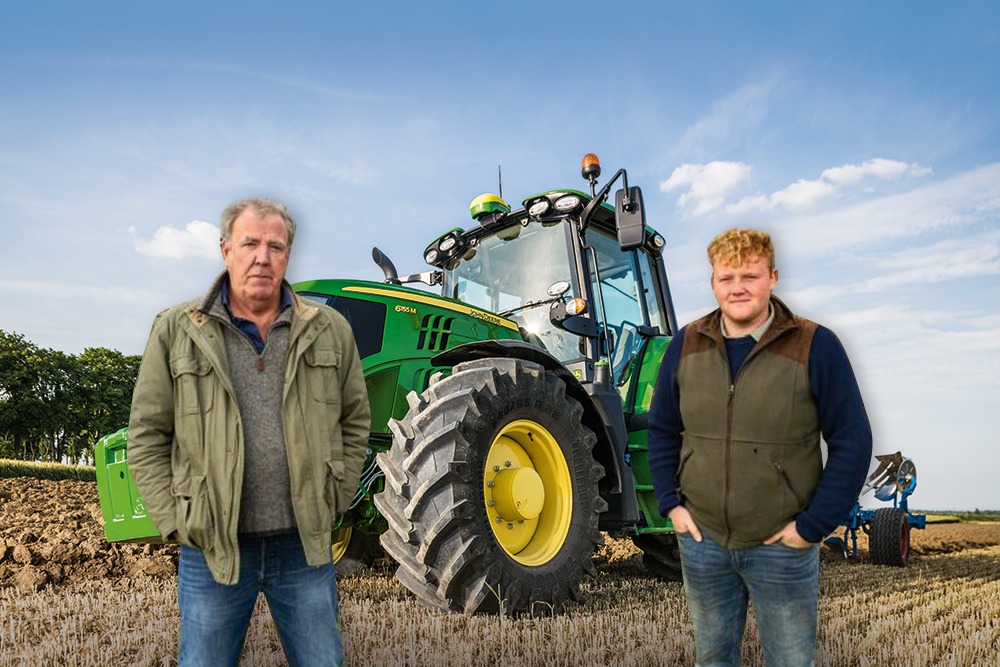 Much like the rest of the United Kingdom, the Tuckwells Team have been binge watching Clarksons Farm. If you haven’t already watched it, it’s a documentary style series about Jeremy Clarkson adapting to his new role of a farmer on his Oxfordshire farm. We asked some of our team members about their thoughts on how the series portrayed our industry and crucially, would they watch a second season?

We started with the sales team who overall loved watching the series. One of the things that won them over to the series, was that it brought some of the harsh realities of farming we know all too well, to the rest of the British public. The programme shows the struggles and challenges of British farming better than any other show, especially around financing. Paying and investing for all of the machinery, equipment and seeds without even knowing you’ll get any return on your investment is a risk not taken lightly by other businesses.

Though obviously we all know the process had been somewhat simplified, it was agreed that Clarkson’s farm was a great way to educate people about farming being so much more than just ‘tractoring’. The tramline situation was an excellent example of just how complex, but clever farming processes can be! And of course we can’t forget, though they are humble throughout the show, the years of knowledge and expertise Kaleb and Charlie brought to the show was invaluable to Jeremy. Much like the team we have at Tuckwells there are years of knowledge and skill behind the scenes from our expert sales team to our incredible service technicians.

So we asked members of the Tuckwells Team from Service Technicians, to marketing and the Sales Team what John Deere kit Jeremy should invest in for series two…. And the answer was a John Deere 6195M with GPS Guidance. This heavy duty performance tractor would make easy work of the tough jobs on Jeremy’s farm and with the cab being all about intuitive and straightforward tractor operation we think even Jeremy could use the incredible AMS systems John Deere is known for. Tim Carter also suggested a John Deere M732 Sprayer which would provide years of reliable and precision spraying to his peculiar shaped fields.

Overall Team Tuckwells would be fully behind a second season of Clarkson’s Farm! We’d love to see much more of Kaleb, Cheerful Charlie and Jeremy explaining more about why crops can fail, the potential pitfalls of British Farming and give more of an insight into the finances behind agriculture. And lastly, to the Clarkson’s Farm Team we’d love to beat you in the John Deere’s Combine Challenge and go header to header with a Claas combine in the field – so don’t hesitate to get in touch!