DUE TO STAFF SICKNESS, PLEASE EXPECT DELAYS ON ALL ONLINE ORDERS. WE APOLOGISE FOR ANY INCONVENIENCE CAUSED.
WE ARE RECRUITING!! Click here to find out more about careers at Tuckwells
Home News & Events Tuckwells and Väderstad, how it all began!
Back to Results 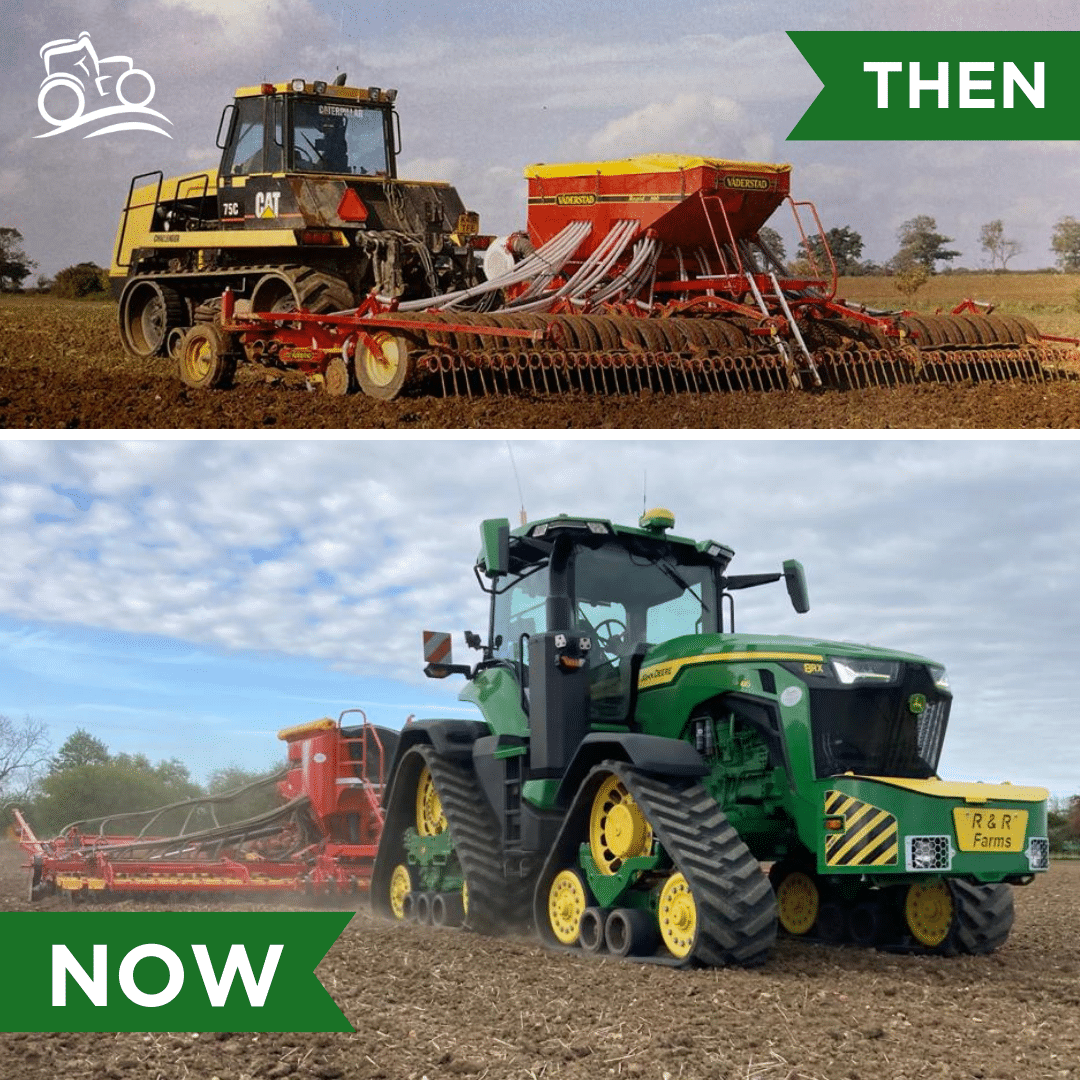 Then and Now. Back in the early 90’s it was tough convincing Suffolk farmers that a heavy Rapid 400s and 600p would be right for English soil. Check out this extract from the Vaderstad-Verken 50 year anniversary book, which shows the length we went to to convince John Forrest it was the right bit of kit for the job.

“Väderstad-Verken established in Worlingworth, just north of Ipswich. This was ‘Tuckwell country’, ‘David Baker country’ and ‘John Forrest country’. Tuckwells were a renowned sales dealer for John Deere. In Worlingworth, the demonstrations of the Rapid concept began in combination with broad Trelleborg Twin tyres or a Cat Challenger. ‘Väderstad has without doubt played a part in Challenger’s success in Europe” claims Einar Gudmundsson, who has a number of anecdotes. “We delivered two demo machines to Tuckwells before autumn drilling in 1992.

Terry Tooley, sales manager at Tuckwells, went out to look at the Rapid 400S and a Rapid 600P. “Don’t bother to unload them. They are far too heavy for English conditions” was his comment.

The next day, we were drilling at full speed with the Rapid drills while the power harrows were grounded because of the wet. Terry Tooley has been one of Väderstad’s most important advocates since 1992 and has sold many, many Rapid drills”, relates Einar Gudmundsson.

Väderstad-Verken’s tactic was to target the main grain growers. There was a list of twenty potential customers in East Anglia. The main demonstrator at the start of the 1990s was Einar Gudmundsson, “eagerly encouraged by assistant demonstrator Crister Stark”, as Einar himself puts it. Many tales about the activities of these representatives promoted the name of Väderstad in farming circles.

“One Sunday afternoon we were sitting at the home of one of Suffolk’s most prizewinning grain growers, John Forrest, eating dinner and talking tillage. After some discussion, we managed to persuade John to try a Rapid 400S in wheat drilling the next day. On the way back to the hotel, we realised the difficulties of having the machines in one place and the two promised demonstrations in another – at the same time. We decided to move the machines on a Sunday evening, or rather Sunday night. Not an easy task on narrow English roads in pitch dark”, relates Einar Gudmundsson. John Forrest seems to have passed on his account of the events to the farmers of Suffolk.

“The Väderstad men had been here for Sunday dinner but I refused a demonstration they wanted to stage on Monday. I was wakened in the middle of the night by a roaring tractor engine and went to the window. And what did I see? An insane agronomist and a managing director coming driving tractors, dual tyres and seed drills”, the Englishman told his friends. The demonstration took place and John has been a loyal Väderstad customer ever since.

Tuckwells are proud to have been the first Vaderstad dealers in the UK, and now the biggest. 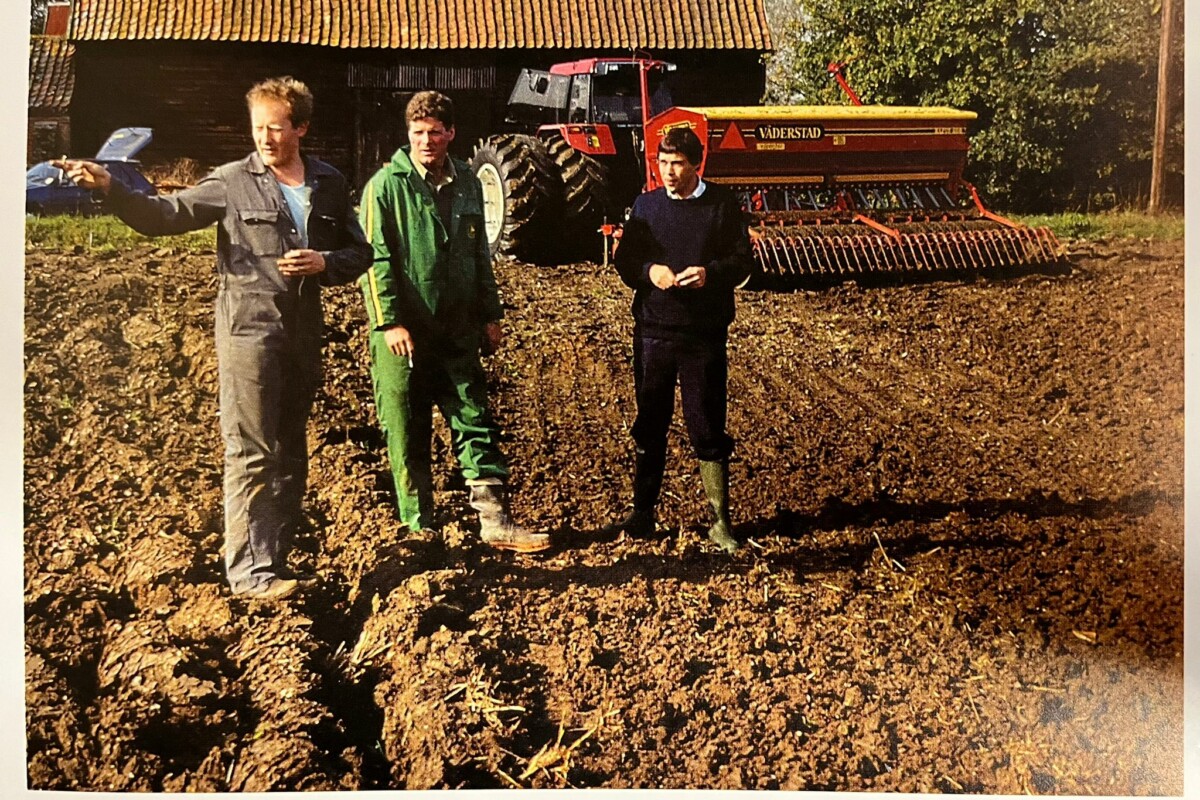 Above Image – Demonstration of Rapid in England, 1993. Never before had a seed drill performed such a tillage operation. Both farmers and salesmen were amazed. Einar Gudmundsson in the centre and Paul Tuckwell on the right. Over the years, Tuckwell’s have been very strong dealers of Väderstad products.