WE ARE RECRUITING!! Click here to find out more about careers at Tuckwells
Please note our current shipping times are delayed. Please allow up to 7 days for delivery of your order.
Home Knowledge Hub Getting The Perfect Lawn Stripe
Back to Knowledge Hub 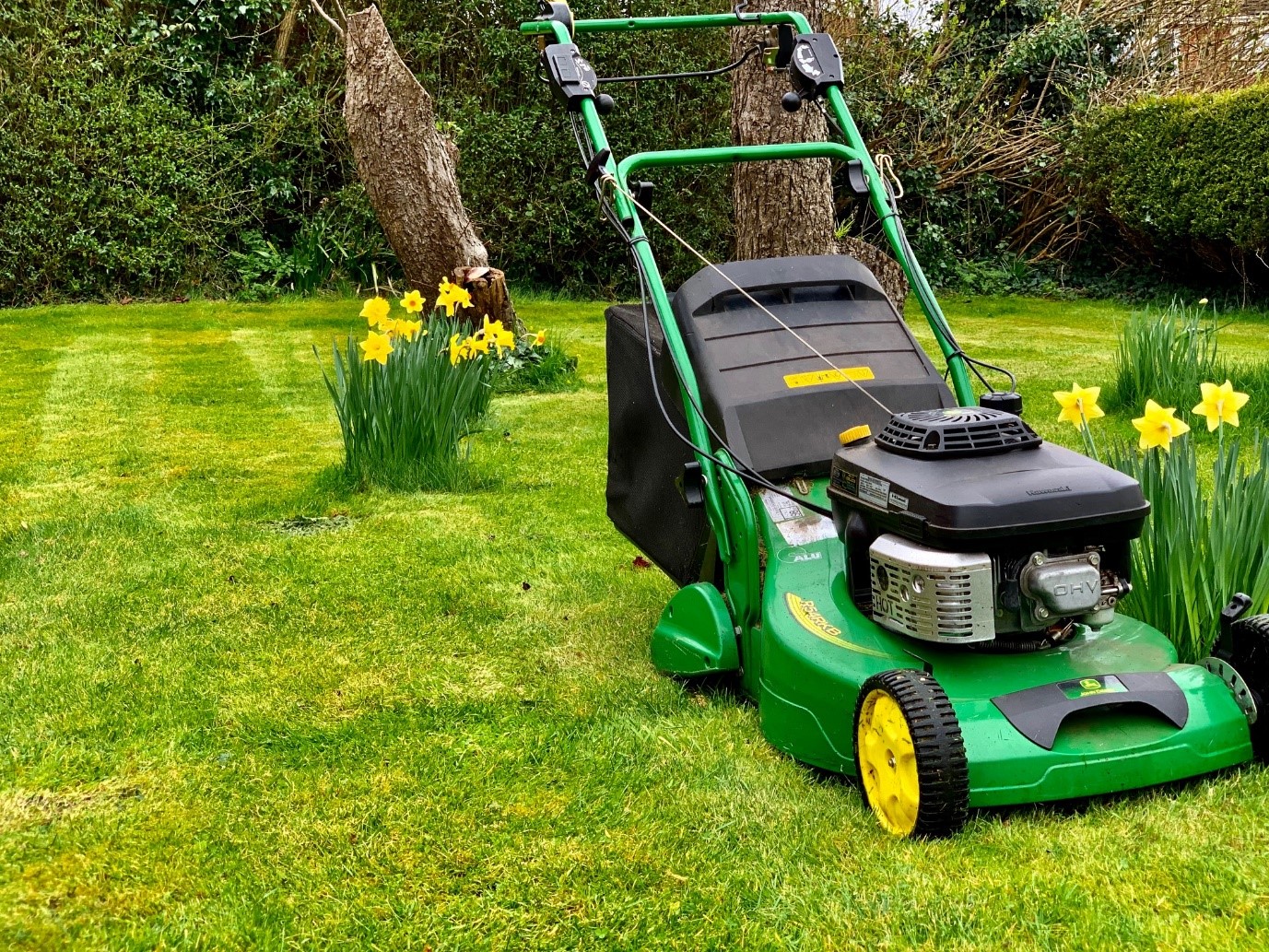 When it comes to boosting appearance, the best and the worst lawns will look better with stripes in them. The lawn in this guide is a great example, this is the first cut of the season, it’s now March and we have had a very wet and mild winter, the lawn is full of moss and weeds, thankfully this will be handy when we need an area to talk you through scarifying and overseeding!

This is a simple guide for anyone new to roller mowers – the aim is to get you striping, from here you can start experimenting with different patterns and double cutting techniques.

The machine used here is a 2008 John Deere R54RKB, this has been superseded by the current R54RVB, all of the John Deere roller mowers will give the same positive and defined stripe with different widths to suit your lawn. 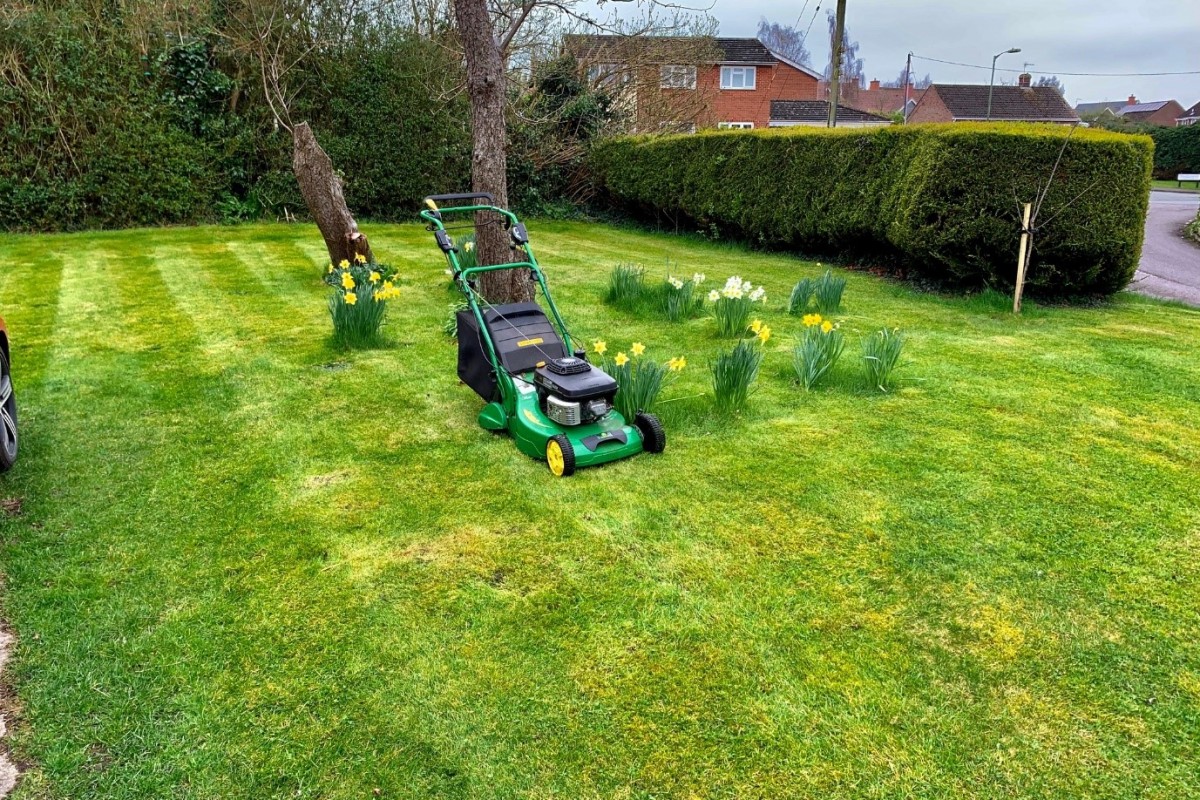 Starting off
The first step is to decide on the direction of your stripes, once you know where you want to begin, pick a line where you can mow in the first stripe, it doesn’t need to be at an edge, anywhere you can get a full length in without obstacles. Once you have lined up roughly pick a point at the far end, in this example it was a branch in the hedge, focus on this point and walk to it.

Following lines can be taken from this first stripe, try to keep the overlap equal to match all stripes 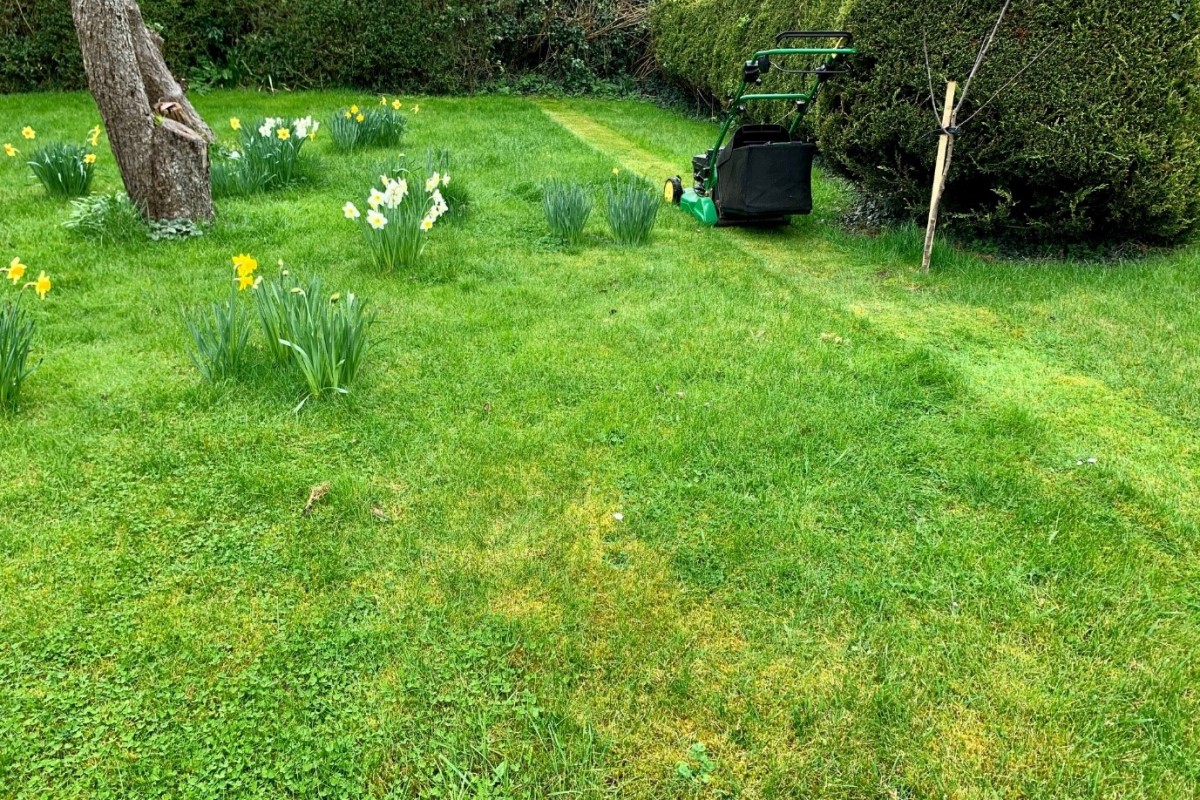 Obstacles
When you reach an obstacle, consider if it will allow a full stripe on the side you are currently on, if it will finish this stripe and pass on the uncut side on the following stripe, if it is likely to leave a half stripe cut it before you put in the final stripe on the cut side – this way the penultimate cut on that side will be full and overlap the obstacle half stripe. Continue passing on the uncut side until you catch up to it can put in another full stripe, it takes some practice to judge the width and in some instances, you may need to run over this two or three times to get the definition of the stripe over the previous passes. 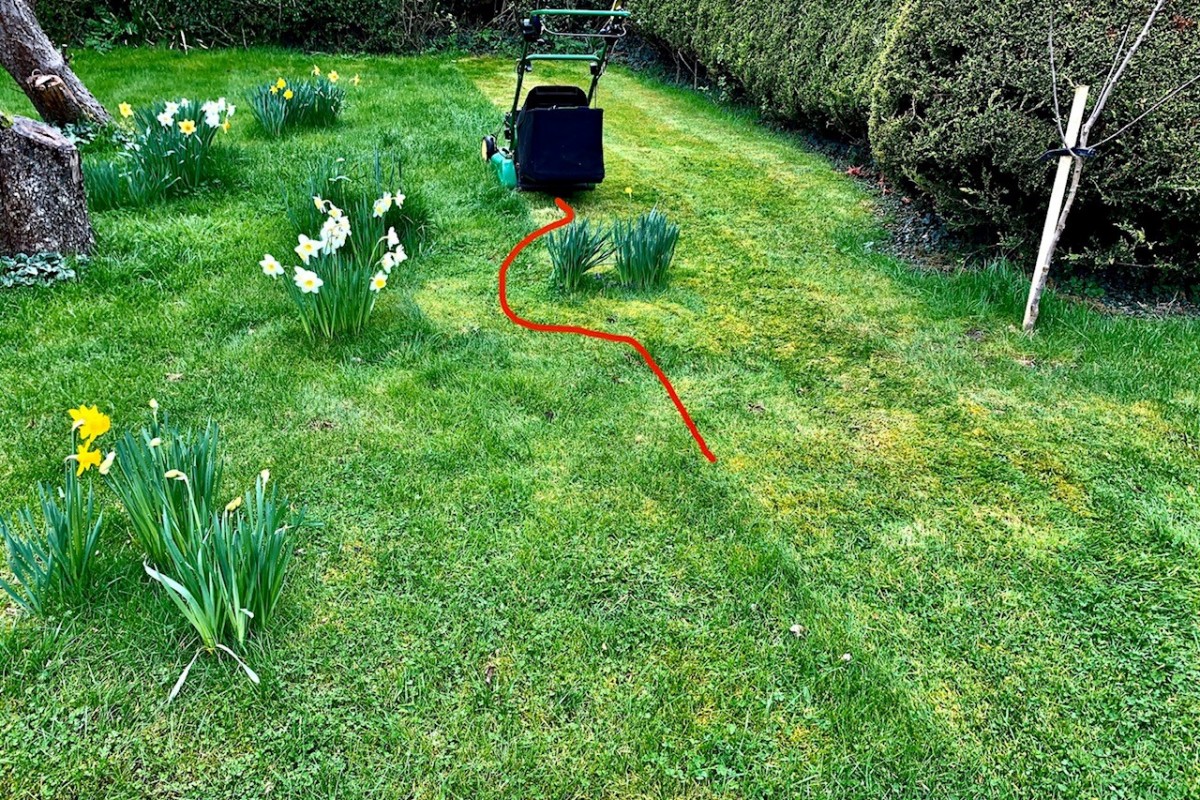 Finishing off
If you are cutting to an edge like the hedgerow in this example you will need to cut the headlands. When you get to the last 2 stripes for each end you need a straight line up and down in the opposite direction to cover your turn areas, cut up to the border first as this is less likely to be a straight edge. When you come back, pick a point as you did in the first stripe and aim for the straightest line you can to give a square end. 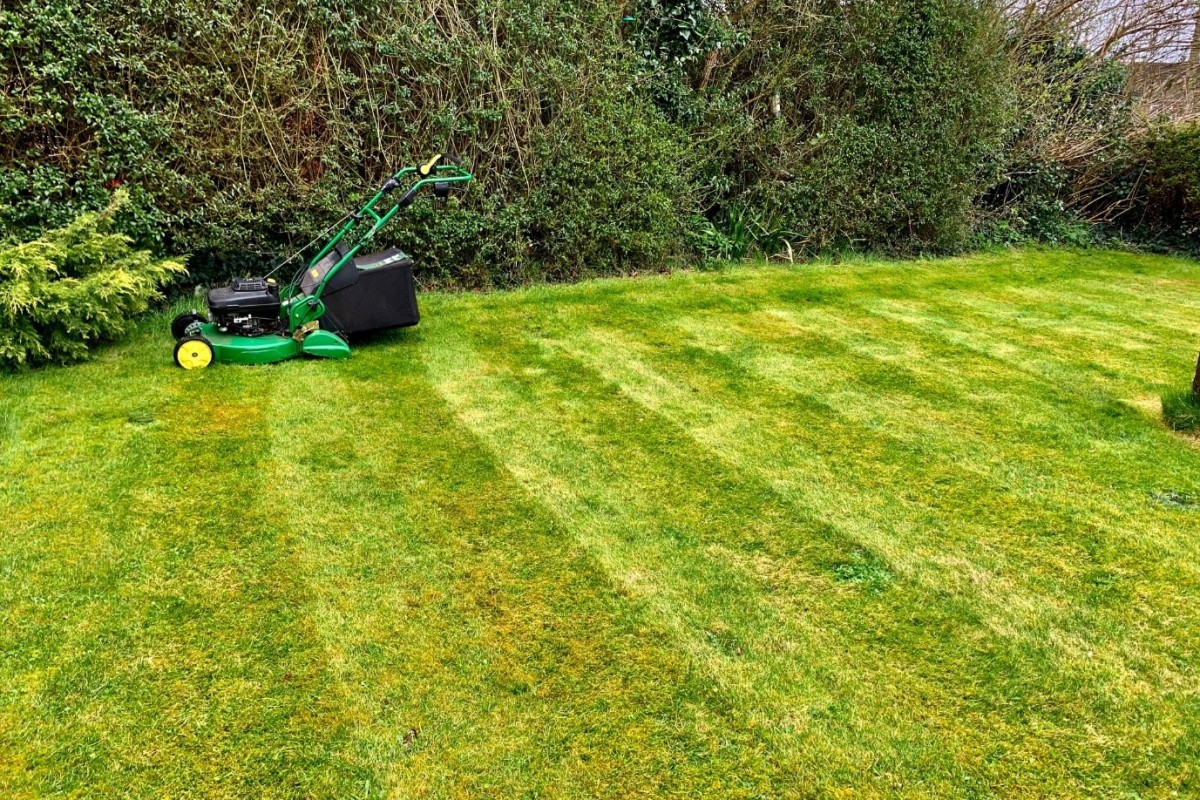